As a single mom, life changed for the better every time.

As a single mom of two and then four children, it was up to me to make enough income to support my family. Long before I started freelancing, I was raising my children alone, no child support coming in. Most days I left the house before 6am and didn’t get home until after 6pm. My kids were being raised in daycare.

There simply was no other choice then.

I put myself through college using grants, work-study money, and student loans while my older two children were in diapers. I worked my way up from a job as a work-study student at $4.15/hour to a full-time job (yes, that was minimum wage then) to a program coordinator for a local community college at $35,000 annually.

I was on welfare until my two youngest children were teenagers because even though I was working full-time and then some, I still qualified for daycare and medical assistance.

I worked ten years for a Women’s Center of a local community college. I got the job because I went into the center looking for a single parent support group for students at the college. When the director of the center found I was eligible for work-study on campus, she told me there wasn’t one but that I could start one if I wanted and get paid for it.

With her guidance I learned to lead

At first it was mostly a social program to support other moms, picnics, movie trips, etc. Later, I initiated a daycare program at the college’s branch location so more moms could attend college courses. Then I started doing special student orientations for moms returning to college.

Many of the moms were struggling with transportation, parenting, personal health, money management. It wasn’t just daycare that kept them from being successful in college. Graduation was a year away and I would no longer be eligible for work-study. My supervisor arranged for me to travel to Nashville be trained as a life skills facilitator to better help the women I was working with to remove their obstacles to college.

She explained I would have learn how to raise funds to cover the cost of my salary every year if I wanted to keep my job and asked if I wanted to stay.

I marketed the program in the community and negotiated agreements with outside agencies such as Head Start, Job and Family Services, and others in order to bring in funds. I started teaching the life skills series for women that were Head Start moms, women in the local domestic violence shelter, in transitional housing, or drug/alcohol rehabilitation. It was up to me to convince those agencies to pay us to provide the program to their clients.

The incentive program I created for my participants was so successful, I was invited to speak at a conference in Nashville. Our program site was even selected as one of the possible sites for a visit from former Vice President, Al Gore. The moms in our program had teens that were struggling too. My boss asked if I would be willing to train as a youth life skills facilitator.

I trained in youth life skills and eventually supervised a young man who was trained to facilitate men’s life skills. The program for youth opened up opportunities to write grant proposals and bring in money to provide the life skills together with entrepreneurial skills to low-income youth during the summer months.

For three years I wrote the curriculum and coordinated that program in the summer, facilitating life skills, teaching entrepreneurship, and supervising other staff who taught the youth how to make their own jewelry.

The year before I left the college, the Dean of my department asked me to rewrite a grant proposal that they paid someone else to write who didn’t do a great job.

The funds were to provide a program that included tutoring, mentoring, financial aid information, and life skills for an entire cohort of low-income 7th grade students in order to get them onto the path to college.

We missed approval for the grant due to the competitiveness. Instead of giving up, I convinced the other agencies in the community to pitch in services and funding so we could operate the program on a smaller scale, with just twenty 7th grade students. I coordinated the community wide effort, called the Higher Education Partnership (HEP) that involved several outside community agencies. The plan was to apply for the grant again the following year, this time with proof our program would be effective.

Unfortunately, just before time to start the proposal writing, I was hit with some major health problems. I had to have my gallbladder surgically removed. I nearly died from complications. It took six weeks to recover enough to return to work part-time.

The near-death experience also had a profound impact on my life.

I wanted more time with my children and to feel more fulfilled in my life. A co-worker asked me if I thought maybe it was just time to see what else was there beyond the college.

And the next two or three years of my life was spent providing direct social service to women and families in transitional housing. I worked two part-time jobs, one teaching self sufficiency as a program coordinator for a housing agency and the other creating a mentoring program for women on welfare for Catholic Charities. I learned so much about how to recruit participants, find and train volunteers, create and publish a newsletter, and much more.

Then a friend I had met through an online dating app asked me if I’d be interested in working with homeless veterans because his employer was hiring.

I moved to the city

The next year of my life I taught job skills to homeless veterans in one of the largest shelters in downtown Cleveland. It was one of the most fulfilling and one of the saddest jobs I’ve had in my life. I was mortified by the way our veterans are treated. I did what I could but the long hours and late nights didn’t work well now that I had teenagers at home. I wanted to have more flexibility in my schedule so I could be home with my kids. A friend asked me if I’d ever thought of starting my own business.

I started freelancing part-time but I knew that to really be effective as a consultant, I needed to know more about business. I had always worked in non profit jobs.

So I went to work for Robert Half International/Office Team where I spent the next few years working as an admin for different businesses including two accounting firms, a telecommunications company, a realtor, a manufacturing company, a hospital system and an orthopedic surgeons practice. I continued to freelance in the evenings and on weekends.

While I was pregnant with my fourth child, I ended up on bedrest for a month. During that time I did a lot of personal reflection, more freelancing, and decided it was time to get out of the city and live life at a slower pace. My mom was separating from my stepdad and she asked if I wanted to rent a 10-acre farm with her.

I worked part-time doing billing for an agency and after that I worked for the U.S. census as a crew member and then as a crew supervisor. The part-time work gave me a lot more time to do freelance work. My mom asked me if I could make enough money freelancing to quit my job.

It took me awhile to earn enough where I was comfortable quitting that part-time job. There were some lean times for sure and I worked some long hours to make ends meet. But by 2015, my father passed away and I had moved again, to my hometown with my two youngest girls. I had three regular well-paying clients and a network of places I could use to take on additional work to fill out my schedule. I was working less hours and making more.

In 2019, I joined Ninja Writers and one of the members asked me to create a course about SEO.

That decision combined with the new income goal I’d set for myself just a few months prior was the catalyst for doubling my annual income over the next year.

It’s 2022 and life is comfortable now. I’m doing what I love with people who understand what it’s like to be a writer. I’m planning to buy a house. And in my spare time, I get to help other freelance writers reach their dream writing path, with fewer mistakes and less time than it took me.

All because I said yes.

Are you ready to change your life for the better?

What can you say yes to today?

Ready to find more freelance writing jobs? Get my free Market Mondays newsletter with links to writing jobs and paying markets every week.

Meg Stewart has been freelancing for nearly two decades. She’s a multi-passionate skill hoarder and the intersection of freelance writing, technology, and teaching is her sweet spot. Freelance Ladder was founded to help writers get paid and help solopreneurs do business better. Meg and her family, (along with two dogs, two cats, and two leopard geckos), live in Northeast Ohio. 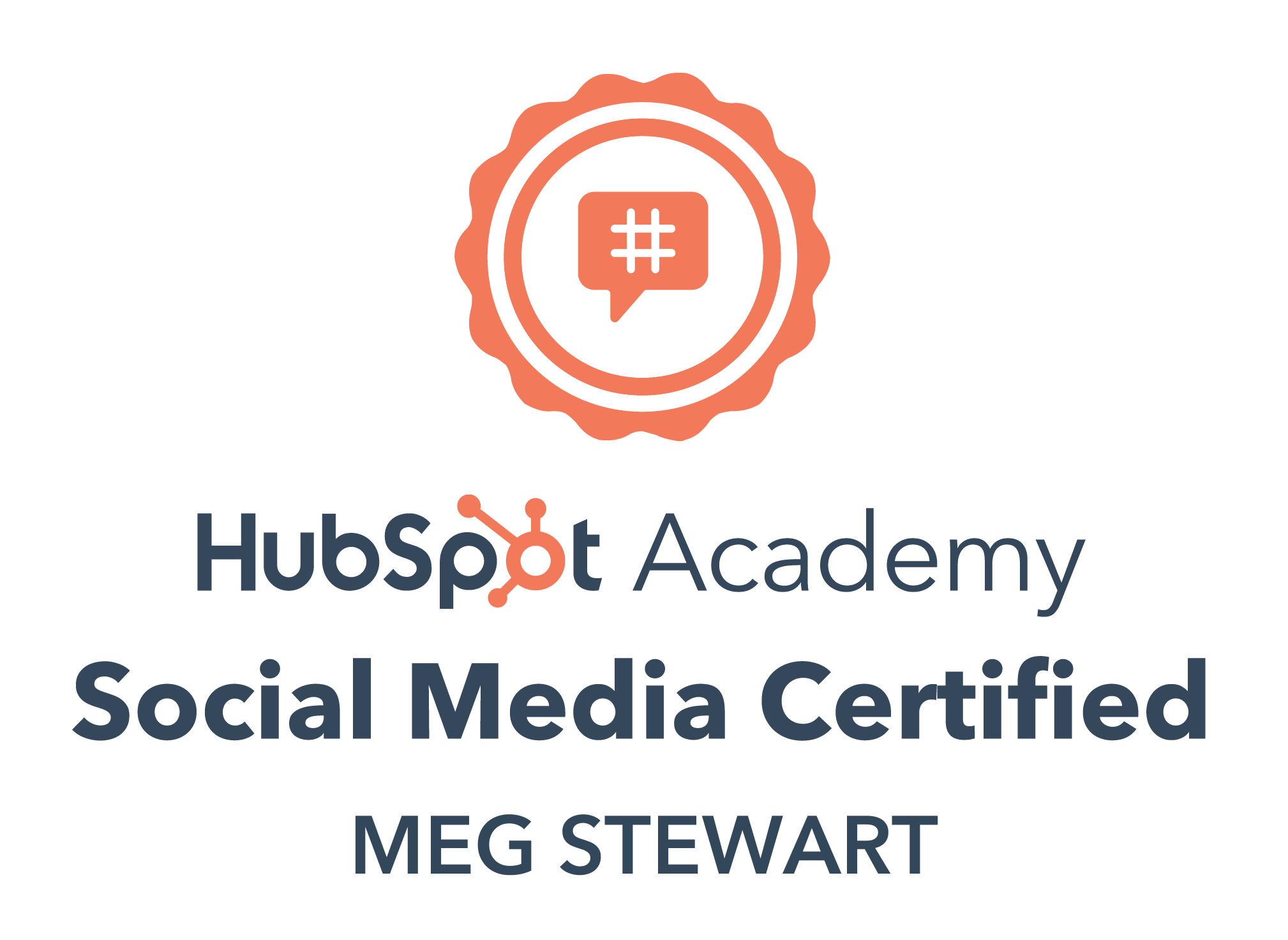